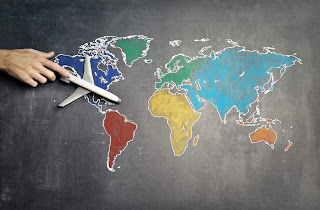 The US was the first country to have a president in the world. George Washington was the first US president elected on April 30 1789
Sirimavo Bandaranaike was first elected as the first female prime minister in 1960 in Srilanka and Ceylon.
Vigdis Finnbogadottir was the first woman to become the first female president in the world in 1980; she belongs to Iceland.
The first Successful flight in the world was completed on December 17 1903, by two Americans, namely ORVILLE and Wilbur Wright, at KILL Devil HILLS near kill HAWK Carolina.
Stockton and Darlington Railway was the first public railway track, and it was officially opened on September 27 1825
KDKA IN 1920 became the first commercial radio station in the world
WRGB (W2XB) is the world’s first television station that started its broadcasting in new york in 1928
CNN ( cable news network ) is the first 24 hours television news channel in the world started its transmission in June 1980
The first TV AD was broadcast in 1941 on WNBT new york station was telecasted before the baseball game, and it was for “Watchmaker Bulova.”
The first newspaper in the world was THE REALTION ALLER FURNERMMENUND GEDENCKWURDIGEN HISTORIEN, and its publisher was Johann Carolus
the first telecasted sporting game was a baseball game between two college teams, namely COLUMBIA lions and PRINCETON Tigers, on May 17, 1939
The first FOOTBALL live telecasted game by BBC from underhill
the first Olympic games were started on April 6 1896, in Athens, and the US won the most gold medals
the first football world cup was held in Uruguay in 1930 in which 13 nations participated
in 1983 the first cellular mobile was commercially available, and Motorola model name Motorola DYNATAC 8000X launched it
The first cricket world cup was held in England in 1975, and west indies became champion of it
The first t20 world was held in South Africa in 2007, and India has won it under MS Dhoni’s captaincy
The First General secrecy of UNO was Mr lie elected on 1946
The US is the first country in the world to have nuclear power
First Human in space is the YURI Alekseyevvich belonged to the Soviets on April 12 1961
Cosmonaut Valentina Tereshkova of the soviet union was the first woman in space in 1963
The first man to walk on the moon was the ASTRONAUT NEIL ARMSTRONG of America on July 21 1969
The name of the first flight to the moon is the APOLLO 11
the first camera mobile in the world is the Kyocera visual phone vp210, and it was released in Japan in May 1999
The first mobile to have an internet connection in the world is the NOKIA 9000 communicator 1996
IBM is the creator of the first smartphone in the world